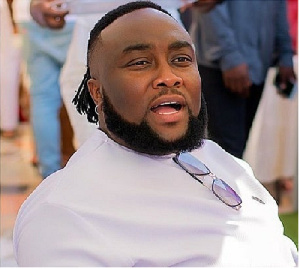 Manager of rapper Sarkodie, Angeltown, has fully recovered from the eye injury that was reportedly inflicted on him by Dancehall artiste, Stonebwoy.

In the latest photos sighted by Zionfelix.net, Angeltown affectionately known as Angelo, was seen dressed in a nice Kaftan.

The photos showed Angelo in the presence of rapper Sarkodie as they attended the naming ceremony of rapper Donzy Chaka’s twin babies.

Angelo was seen wide-eyed after he had removed the patch on his eye following an altercation with Stonebwoy at the Independence Square in Accra prior to the ‘Black Love Virtual Concert’.

One of the photos showed Angeltown leaning in to discuss something with Sarkodie during the naming ceremony.

It is reported that Sarkodie was at the naming ceremony because the lady who Donzy gave birth is Sarkodie’s cousin called Jennifer.

Angeltown who rarely gets discussed in the news became a topic for discussion after he was involved in an altercation with Stonebwoy.

Photos and a video of him showed that he had been bruised in the eye and was seen at an eye clinic in Tema while receiving treatment. 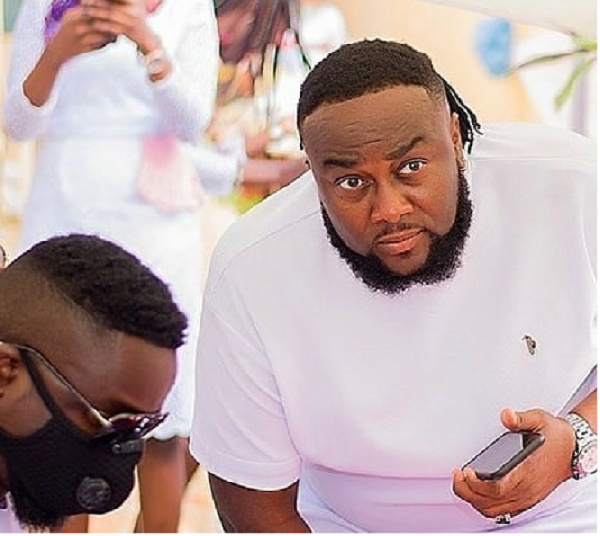 Entertainment of Saturday, 19 September 2020 Source: Zionfelix 2020-09-19 play videoAdrienne Nicole is now working with authorities to get the video taken down from online platforms Adrienne Nicole, the woman in a leaked sex tape with Ghanaian Rapper D-Black has spoken out after the video went viral. Adrienne Nicole is a philanthropist and American politician […]