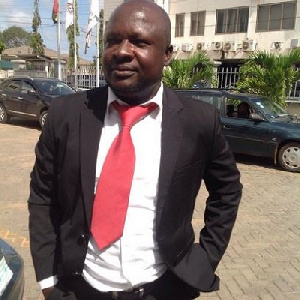 Tuesday’s congress of the Ghana Football Association (GFA) is on the brink of collapse after bailiffs unsuccessfully attempted to serve the federation on Friday with a Techiman City-backed court injunction seeking to stop the event, Ghanasoccernet.com can exclusively reveal.

Bailiffs visited the federation on Friday morning seeking to serve the GFA with the court injunction sponsored by Division One club who say Tuesday’s congress in Prampram is illegal and have gone to the Accra High Court to stop it from taking place.

But the bailiffs left the federation two hours of waiting when they were told by the security officers at the gates of the GFA that the General Secretary Prosper Harrison Addo was in a meeting.

The newly employed lady in charge of HR at the GFA was said to have been directed by the General Secretary to receive the Writ of Summons with No: GJ: 1374/2020 did not appear for about two hours prompting the bailiff to leave.

It is however not known if Harrison-Addo, who himself is a trained lawyer, was indeed in a meeting or had sent a lower-ranking officer to avoid being served with the injunction notice

Backed by highly-respected lawyer Kwabena Boye Adjekumhene of the powerful Akufo-Addo & Prempeh Co law firm, Techiman City are exploring the other options of going back to court to seek other means to carry out the injunction.

Angered by the GFA Executive Committee’s decision not to accept a proposal to amend several portions of the GFA Statutes, the club owned by the controversial Charles Kwadwo Ntim ‘Micky Charles’, Techiman City have resorted to the law courts to force the GFA to suspend congress.

Techiman City says the GFA has violated large parts of its statutes in calling for the Congress and have asked the court to force the GFA’s Executive Council to enforce its laws.

The National Tipper Truck Drivers Association today, Monday, September 21, 2020, declared a strike over the government’s inability to address the issue of the cost of quarry stones. The group, with a membership of over 3,000 people, held a press conference last week to plead with the government to address their concerns. Tipper trucks loaded […]

The governing New Patriotic Party (NPP) has said the President, Nana Addo Dankwa Akufo-Addo, showed decisive leadership with the banking sector clean-up. These remarks were made by the party today, Monday, September 21, 2020, at a press conference. The Chief Executive Officer of the State Transport Cooperation, Nana Akomea, who addressed the press conference, attributed […]

About eight persons have been injured in a car crash involving six vehicles at Asuboi, a few kilometres from Kyekyewere in the Eastern Region. The accident occurred at about 1 pm after a truck conveying tomatoes had a brake failure crashing into five others on the Accra-Kumasi highway. This has led four communities along the […]