The Danish Government, through the International Centre for Migration Policy Development (ICMPD), has presented a vehicle and IT equipment to the Ghana Immigration Service (GIS) to strengthen its capacity to combat irregular migration.

According to the Danish Government, the presentation formed part of its “Strengthening Border and Migration Management in Ghana (SMMIG)” project, to support the Government of Ghana (GoG) in strengthening her institutional and operational capacities to manage irregular migration flows. 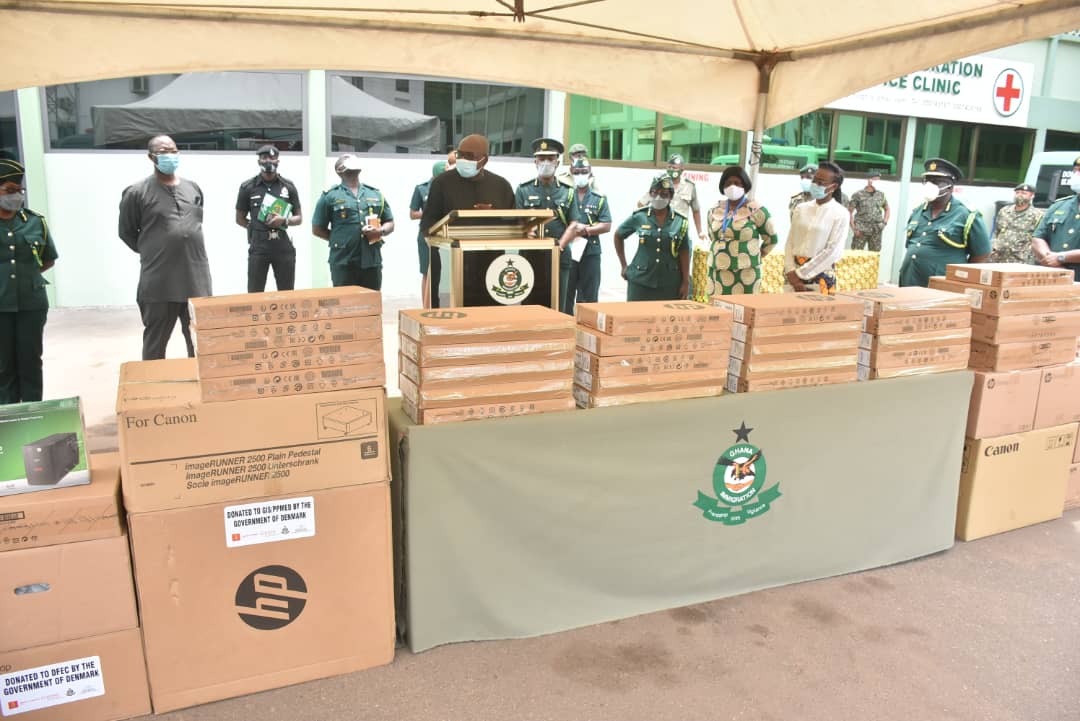 The Minister for the Interior, Ambrose Dery, who received the items in Accra yesterday, said the support by the Danish Government was an example of a practical cooperation that existed between the Government of Denmark and Ghana.

He noted that securing the border and effectively managing migration were extremely important for the country, and that, the presentation would support the GoG efforts in that regard.

“Internal peace, public safety and security and social stability are necessary components for development”, he added.

The Minister, on behalf of GoG, thanked the Danish Government for their kind support and indicated that the support would help advance the mission of the GIS through the implementation of the SMMIG project.

The Deputy Head of Mission in-charge of Cooperation, Birgit La Cour Madsen, commended the GIS and the implementing agency, ICMPD, for making the ceremony possible, in spite of the pandemic.

She said that the SMMIG project which was scheduled to end in November this year, has been extended to the next 12 months. This, she said, has also allowed some amendments to the project to include the provision of personal protective equipment (PPEs) and the capacity building of 300 personnel of the GIS to manage travelers with any health-related issue.

“This will not only help manage the current pandemic at the frontiers when borders are eventually re-opened but also strengthen the capacity of GIS to manage similar situation in the future”, she added.

The Deputy Head of Mission, urged Ghanaians not to only make the continuous and collective effort to fight and eradicate COVID-19 but to also ensure that the 2020 elections were conducted in the spirit of fairness and peace, which she said, has become the hallmark of the Ghanaian democracy.

She assured the GoG of the continuous support of the Danish Government, adding: “A well-trained Immigration Officer specialized in document fraud detection would require magnifiers and IT equipment”. 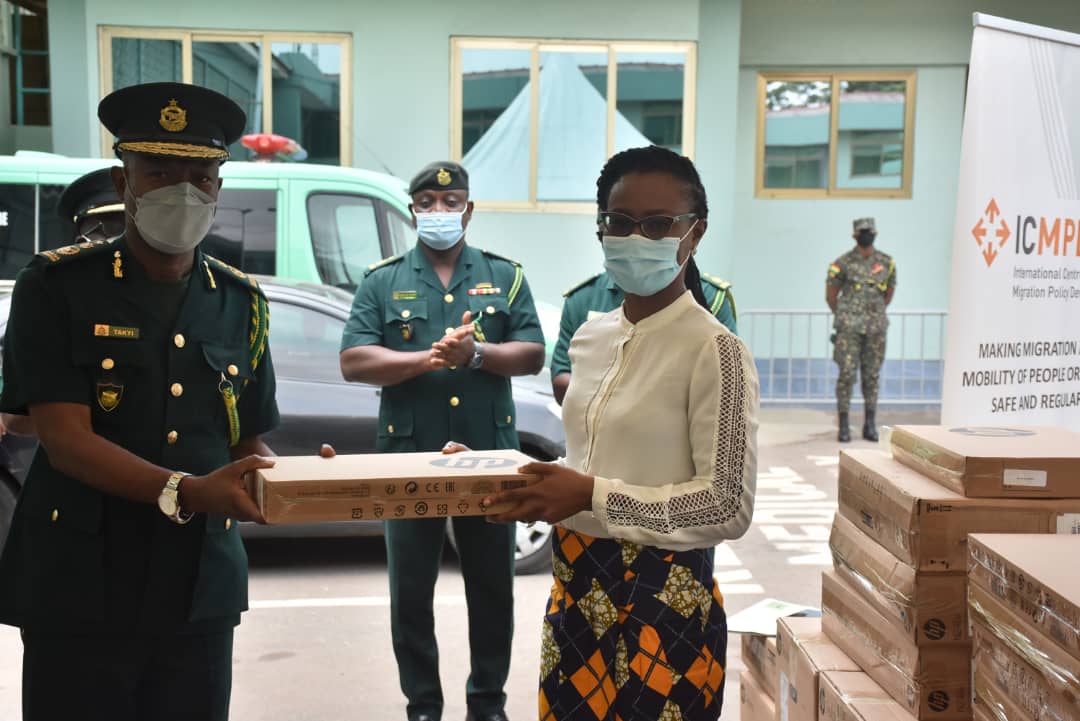 She noted “it is my sincere hope that today’s presentation to the Document Fraud Expertise Centre (DFEC) and the Policy Planning Monitoring and Evaluation Department (PPMED) of the GIS will make a substantial contribution in combating document fraud and tackle irregular migration, head-on.

On his part, the Comptroller-General of Immigration (CGI), Mr. Kwame Asuah Takyi, and expressed gratitude to the Danish Government for the support, and assured them that the items would be put into good use to fight irregular migration.

He noted that the project has so far helped in strengthening the capacity of the personnel of the Service in the areas of intelligence gathering, information exchange and document inspection.

“The items will help address some pressing issues and assist PPMED in contributing to effective coordination and implementation of the GIS strategic plan as well as enhance the work of DFEC in detecting forged and falsified travel documents”, he stated.

Sports News of Monday, 21 September 2020 Source: footballghana.com 2020-09-21 Ghana international Jeremie Frimpong Celtic right-back, Jeremie Frimpong has stated that he and his teammates are aiming to stay on top of the league after recording a 3-2 win against Livingston. He added that he expects his side to extend their winning run in the […]