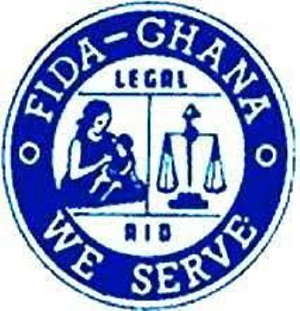 The International Federation of Women Lawyers-Ghana, (FIDA-Ghana), on Monday appealed to the National House of Chiefs to initiate a national exercise leading to the elimination of all outmoded traditional customs.

FIDA-Ghana, particularly, called on Togbe Afede XIV, the President of the National House of Chiefs to lead the process in evaluating traditional customs and usages to eliminate customs that amounts to torture, and were socially harmful resulting in the threat to the liberty and security of women and girls.

A statement signed by Ms Afua Adotey, FIDA-Ghana President and copied to the Ghana News Agency in Accra explained that the role of the National House of Chiefs in eliminating harmful traditional practices was rooted in Article 272 (c) of the 1992 Constitution of Ghana.

The statement said both the Constitution and international law gives the National House of Chiefs “carte blanche to overturn cruel and inhumane traditions and ultimately to modify customs that are a clear breach of the realization of the human rights of women and girls.

“This is the only way to stop the recurring traditional incidents of harm and sometimes death against women and children in Ghana”.

The appeal by FIDA-Ghana, comes against the backdrop of the recent lynching of the 90-year old Madam Akua Denteh in the Savannah Region, who was accused of being a witch.

The statement said the general condemnation of the atrocious lynching of Madam Denteh was an indication of the nation’s abhorrence to such practices.

However, the reality of the situation was that it could happen again, and so the country needed to halt “this age old practice which is replete with multiple rights violations.

“The stigma of being in witch camps where young girls who accompany older women to the camps are unable to progressively attain physical, mental and social development to their fullest potential, calls for an intensive scrutiny of our customs and usages,” the FIDA-Ghana statement sated.

It expressed regret that there had been a regular reportage of incidents of dehumanizing customary practices and usages.

FIDA-Ghana said the issue of witch camps had been a stain on Ghana’s human rights records, which had also gained the attention of the global community as the country’s periodic reports to the Convention on the Elimination of all forms of Discrimination Against Women (CEDAW) committee had been flagged up always and recommended to Ghana, to modify some of its practices.

The statement said the State had an obligation to protect its citizens, as pointed out in Article 26 of the Constitution, which prohibits all customary practices that dehumanize or were injurious to the physical and mental wellbeing of a person.

While admitting that the State alone could not deal effectively with the situation, FIDA-Ghana said it acknowledged that a number of traditional rulers have taken bold steps to eliminate some harmful traditional practices against women and children in their traditional councils.

Sports News of Wednesday, 23 September 2020 Source: goal.com 2020-09-23 Chelsea winger Callum Hudson-Odoi Callum Hudson-Odoi’s season has begun as last season finished – watching on from the sidelines as others become protagonists in Chelsea’s attack. This is not what the youngster envisaged when he signed his lucrative new five-year contract with the Blues almost […]

For those who have been itching hear the soothing voice of singer, Irene Logan, the wait is over as she gets featured on a gospel album. Irene Logan has been featured on Eric Jeshrun’s ‘Healing Stream’ album with a song titled ‘Satisfy’ which was produced by P. Indeed, she proved her loved ones right that […]

The Africa Centres for Disease Control (CDC) has said public health initiatives on the continent have led to a drop in new coronavirus cases. The centres’ director, John Nkengasong, told the BBC’s Newsday programme that testing, contact tracing and wearing of face masks had helped curb the pandemic. The World Health Organization (WHO) had previously […]

A protester was killed and others injured in Cameroon during anti-government protests held across the country on Tuesday, according to the opposition party’s lawyer. The lawyer, Robert Amsterdam, tweeted a video of a protester lying motionless. He wrote: “We are receiving reports that at least one protester has been shot and killed by police in […]

A growing insurgency has been ravaging large areas of northern Mozambique.Both the Islamist insurgents, who have pledged allegiance to the…

Related TopicsMali coupimage copyrightAFPA month after the coup in Mali, the military leaders remain firmly committed to the fight against…