The NDC flagbearer is also accusing the current New Patriotic Party (NPP) administration of preventing persons with genuine documents from engaging in mining activities as their seized excavators and other equipment are given to persons affiliated to the ruling government.

Speaking at the Manhyia Palace on Wednesday, Mr. Mahama noted that he will introduce what he calls cooperative mining where mining activities would be well-regulated

He has also given assurances that military personnel will not be involved in mining-related activities.

“A lot of things are not going on well in this country. For instance, when it comes to small scale mining, people paid monies and were given concessions genuinely which was done through the Minerals Commission. When the current government assumed office, they have taken these concessions from these people and have given them to other people. We must know that Ghanaians are one people and we are all entitled to benefit from the country. It doesn’t matter one’s tribe- be it Ashantis, Akyems, Gas, Fantes, Ewes or Dagombas. Unfortunately, there has been discrimination and as a result, if one is not affiliated to a particular party, his or her concession would be taken away from them and given to other people.”

The NDC flagbearer was at the Manhyia Palace to introduce his running mate, Prof. Jane Naana Opoku-Agyemang to the Asantehene Otumfuo Osei Tutu II.

He added: “They have seized the excavators of some people and have given them to their party members. NDC, as we stand for social justice, is saying that should we be voted for, we will correct all these mistakes. All those who have had their excavators seized will have them back. Those whose concessions have been taken will have them back. There will be a law in place to spell out how the mining would be done to benefit the country without causing destruction to the land and water bodies. That’s what we need. We are seeking to introduce cooperative mining where the youth can organize themselves into groups and there would be mining safety officers to ensure they do the right thing.” 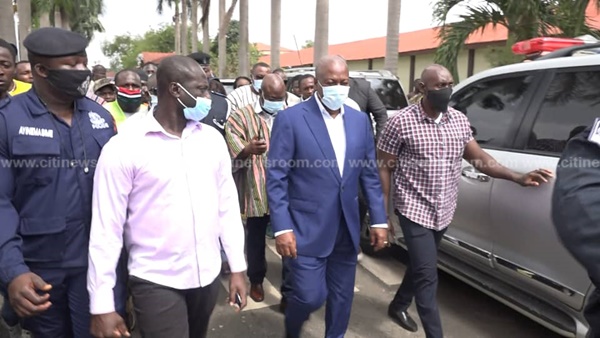 John Dramani Mahama at the place also reiterated his promise to introduce what he calls the “10 Billion Big Push” where US$ 2 billion would be set aside towards infrastructural development in various parts of the country each year for a period of five years, should he be elected as president in the December polls.

According to him the infrastructural projects will cover the areas of health, education, roads among others.

Major road infrastructural projects he cited under the initiative will include the dualization of the Accra-Kumasi road, Accra to Cape Coast Road and Accra to Aflao road. 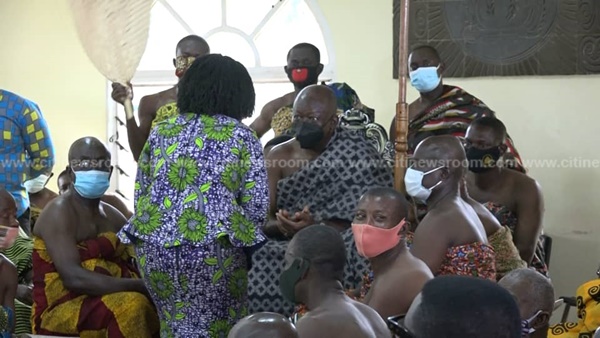 He has also indicated that he will ensure the completion of the Eastern Corridor road as well as construct a number of roads in the Bono, Bono East and the Ahafo regions.

The former President further indicated that he would consider railway Development as a priority should he be elected as President. 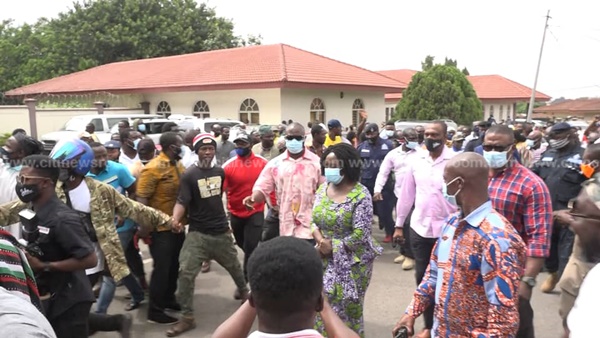 In this edition of The Voters’ Diary on Citi FM, Abena Nyamekye Ampadu hosted Godfred Akoto Boafo and Nathan Quao. They fact-checked some projects by successive governments in the health sector. They also analysed major policies by the main opposition party, NDC, and the ruling NPP government in the health sector. Click below to listen […]

The presidential candidate of the National Democratic Congress (NDC), John Dramani Mahama is expected to speak tomorrow, Thursday, September 24, 2020, on the supposed missing names on the electoral roll. A statement signed by the NDC’s Campaign Spokesperson, James Agyenim-Boateng indicated that the address will be delivered at the party’s headquarters in Accra. “The presidential […]

The Inspector-General of Police (IGP), James Opong-Buanuh says the police service is ready to crack the whip on any police officer found abusing the rules that regulate the service on Election Day. COP Oppong-Buanuh said this in an interview with Citi News on the sidelines of a police electioneering simulation exercise in Takoradi. He cautioned […]

The opposition National Democratic Congress (NDC) says its promise to facilitate the establishment of morgues across Zongo communities was a demand by residents during the party’s consultation ahead of the compilation of its manifesto. The party says key Islamic leaders and scholars have already endorsed the need for separate morgues for their people. The NDC […]