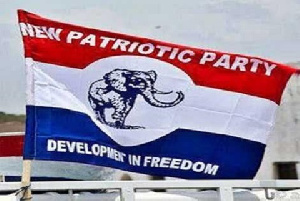 Mike Abakah-Edu, Western Regional Secretary of the Ghana National Canoe Fishermen Council (GNCFC) has reminded President Nana Addo Dankwa Akufo-Addo and those in the fishing industry to enforce the law to bring transshipment activities to a halt.

He said the uncontrolled activities of trawlers and illegal transshipment activities, popularly known as “Saiko” currently going on in their waters, depriving artisanal fisher folks involved in the artisanal fishing sector of their livelihoods and making them poorer.

This he said this if rectified would secure the livelihood of more than 2.7 million Ghanaians.

He noted that the massive infrastructural improvement, undertaken by the New Patriotic Party (NPP) government in the Western Region, especially along the coastal districts of the region like landing beach sites, sea defence and roads among others may not culminate into votes for the party in the December 7, polls if this was not checked.

Mr Abakah-Edu, recounted that Chapter 718 of the 2020 Budget Statement revealed the Government’s resolution to ban all domestic and international vessels found to be engaged in Illegal, Unregulated, and Unreported (IUU) fishing in Ghana’s territorial waters.

He lamented that the situation may be scary since the loss of livelihoods would contribute to a rise in social vices and crime within the fishing communities and society in general.

Mr Abakah-Edu, therefore, made a passionate appeal to President Akufo-Addo to bring to end activities of the industrial pair trawlers engaged in illegal transshipment of fishing in their waters.

He said, the members of GNCFC recently embarked on a peaceful protest to register their displeasure against the menace at Apewosika near Axim in the Nzema East Municipal Assembly (NEMA) in the Western Region.

Earlier in March, the fisher folks who were joined by other branches in the region hoisted red flags and clad in red bands from the house to the beach holding placards with the inscription, “Stop Saiko Now” to drum home their grievances.

The fishmongers on their part, cited July to September as their bumper harvest time, bit 9 the situation was far different this year as fishers were not getting enough fish from their fishing venture.

The fishmongers deemed the situation to illegal fishing activities in the sea like light fishing, industrial pair trawling fishing and fishing with small mesh size among others.

According to them, the situation had threatened their livelihoods as fishing was the major occupation in the area and appealed to the Fisheries Commission and the government to take swift steps to address their concern.

The Ethiopian government has said that 2,000 people have been charged in connection with the killing of Oromia singer Hachalu Hundessa and the violence that followed. Attorney general, Gedion Timothewos, said those charged include politicians and clarified that none of them were held for their political activities. More than 160 people died during the violence […]

The flagbearer of the National Democratic Congress (NDC), John Mahama is urging members of the international community and election observers to pay close attention to developments related to the upcoming elections in Ghana. Mahama said foreign observers must do well to be in the country much earlier than they typically would be to engage the […]

The Criminal Investigations Department (CID) of the Ghana Police Service is expected to release the outcome of investigations into alleged violence that occurred during the voter registration exercise. This follows months of investigations by a taskforce constituted by the Inspector General of Police, James Oppong Boanuh. His action follows allegations and reported cases of violence […]