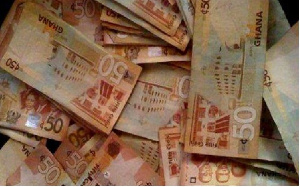 The Ghana Integrity Initiative (GII) has said the sources of financing for political parties and politicians during elections has emerged as one of the top concerns for citizens in the fight against corruption.

Programmes Manager at GII, Mary Awelana Addah, said during a process to compile the ‘Citizens’ Anti-Corruption Manifesto,’ a document that details key corruption-related concerns of Ghanaians, it emerged that the quantum of money politicians spend in the course of elections keeps rising.

“Is the person just self-actualising? Or the person would want some payment back. So who gives the money? How much of it is given and what it is used for is very important for us as civil society?” she said on Wednesday, August 26, 2020.

Mary Awelana Addah was speaking at the launch of the ‘Citizens’ Anti-Corruption Manifesto.’ The manifesto is a project that seeks to inform strategic policy direction for the political parties before they are elected into office.

The project is funded by STAR-Ghana Foundation with support from UKAid and European Union.

It is titled, “Making All Voices Count in the 2020 Anti-Corruption Agenda of Political Parties’ Manifestoes” and reveals, among other things that, citizens want legislative reforms to prioritise stronger sanctions against proceeds against criminal activity.

On the administrative fronts, citizens proposed that there should be an introduction of anti-corruption and integrity curricula in schools.

She said the EC, which is mandated to check the books of politicians and political parties during elections is challenged with regards to legal expertise to appropriately execute that mandate.

The GII Programmes Manager said one of the sure ways to fight deep-seated corruption among the political class would be to implement the law on the auditing of financials of politicians and political parties.