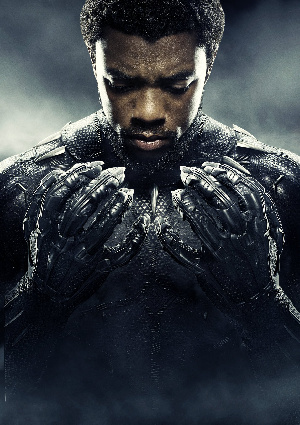 The death of American actor, Chadwick Boseman has been met with a wide array of emotions across the globe.

Homages have been pouring in since a statement put out by his family announced his death Saturday morning.

Boseman has battled colon cancer since 2016 and died at home with his family and wife by his side, parts of the statement posted on his Twitter account read. He was 43 years.

“A true fighter, Chadwick persevered through it all, and brought you so many of the films you have come to love so much.”

“From Marshall to Da 5 Bloods, August Wilson’s Ma Rainey’s Black Bottom and several more, all were filmed during and between countless surgeries and chemotherapy.”

With his role as King T’Challa in the boundary-breaking film “Black Panther,” he became a global icon and an inspiring symbol of Black power. That role was the “honor of (Boseman’s) career,” the statement added.

Several Ghanaians on social media have also been paying tributes to the man who served as a legend for many blacks and Africans.

Watching this Video of Chadwick Boseman talking about exchanging letters with children battling with terminal cancer and how they want to watch black panther before they die will leave you in tears ????

I remember people were clowning bro for looking like this , but you never know a person struggle , and the signs were right in front of us all ! RIP Chadwick Bozeman ????